It’s up to the competition in features, with some unique advantages.All the latest games.Here are some of them.

Playing Rummy on our website is a simple and rewarding skill-based endeavour that you can learn in no time. You can get started with creating a new account or if you already registered than sign-in –then here you go!

It’s easy! You would only need a working email ID and a mobile number to get started. You can create a unique username, a password and then validate your email address through a verification from us that you would find in your inbox or spam folder.

We are glad you followed our registration process correctly. Verifying is the next step now and it is super simple to get it done:

We are glad that you chose Rummy to enhance your skills and would advise you to go through our knowledge guide resource to learn more about the game, how to play it and how to be the best at it. It would take some time to get going with the game but rest assured, it would all be worth it.

For ready references, you can get started by reading WinBig Blogs.

We understand that your gaming avatar should always be in sync with your gaming mood, and that’s why we offer you a straight-line approach to change your avatar in a few simple steps.

You can login to your WinBig account and go to the ‘My Account’ section. There you can click on ‘Edit Avatar’ and pick any of your favourite avatar.

With Rummy, you too start from a position of being a new learner someday before you go on to be a pro. That’s exactly why we offer our free Practice Games so that you can learn the basics and play the game without any risks. You would be given a certain number of free chips everyday that you can use to play Rummy on our website.

Once you think you are good enough to upgrade, you can choose our Cash Games. Please note that you would need to deposit money to play Cash Games on our gaming platforms.

We offer a certain number of chips everyday to you to practice the game. If you run out of them, you can navigate to the ‘Reload Practice Chip’ option in your profile to get credited with 5000 practice chips for free to play.

It is simple to play rummy on your browser too. You can visit WinBig.com on your preferred browser and start playing. We advise you to update the installed Flash Player, turn on the JavaScript and disable popup blockers in your browser before you do so.

Poker is a game which people play with a normal set (or deck) of 52 cards. Poker is completely a skill-based game. In poker, players make bets against each other depending on the value of their poker hand. Bets are usually made with plastic or ceramic discs called chips. Bets may also be made with real money, but chips are more often used because they are easier to handle and count.

Yes, Poker is legal in India. However, some states are permitted by the Indian Constitution to enact laws regulating betting and gambling in their respective jurisdictions. In light of these powers, various States have enacted anti-gambling legislation. Such legislations are largely in accordance with the Public Gambling Act of 1867 (and include the exception of 'games of skill').

No-Limit Texas Hold'em: Texas hold 'em is one of the most popular variants of poker. Two cards, known as hole cards, are dealt face down to each player, and then five community cards are dealt face up in three stages.

Pot Limit Omaha: Omaha Hold'em is a community card poker game similar to Texas hold'em, where each player is dealt four or five cards and must make his or her best hand using exactly two of them, plus exactly three of the five community cards.

Pineapple (Open Face Chinese) Poker: Pineapple OFC poker is played between either 2 or 3 players. It can be played in a sit and go format or cash. Unlike poker, this game is played without chips. A point system is followed to determine the score, with each point holding a certain value.

Note: In case all the above points are checked and ensured and if the still issue persists, we request you to share the screenshot or video at [email protected] or chat with us. We will immediately get it checked with our technical team.

Our services and products are not available to anybody who is under the age of 18 years on the day of them applying for membership through the registration process on the site. Also, it is strictly prohibited for any user under the age of 18 to play games on our website.

Cash games, or ring games, are poker games in which players bet real money. Cash games have no designated start or stop time; they happen round the clock in online poker rooms as well as at tables in casinos. The amount of money cash game players may bet is as little or as much as the table allows.

The formats of cash games includes:-

Play Money table: Practice Money Tables can be played on our website or software using our virtual tokens or Play Money. It does not have any monetary value and is only useful to practice poker. New players are advised to play this game.

The format of Poker Tournaments are:-

Single Table Tournaments: Like the name suggests, single table tournaments are those where all entrants sit at one table and the games continue till there’s one ultimate winner.

Sit-n-Go(SNG): Sit-n-Go tournaments don’t have a fixed start time. They start when the required number of players register. Usually, SNG tournaments are single table tournaments. There are few MTT & SNGs as well.

Multi-Table Tournaments: Multi-table tournaments are those where there are many players competing for a common prize pool. As players get eliminated, the number of tables keep shrinking. Finally, the remaining players move towards a ‘final table’ where the tournament is played out until there is a single winner

There are three variants of tournaments:-

Freeroll tournament: Costing nothing to enter, Freeroll tournaments of all types (Pot Limit Omaha, Hold’em) are available on an hourly basis. You could gain a particular achievement, tickets or cash prizes on a daily basis.

Guaranteed Tournament: Having a minimum fixed prize pool amount, no matter how many runners there are, a poker guaranteed tournament is a great way to boost your bankroll for a minimum investment as you climb your way to the top.

Hand Rankings of Poker from strongest to weakest includes:

No, you can only login with one account on your device.

No, you can’t unjoin the match once you have successfully joined the match during the gameplay but if the time is left to start the game than you can unjoin.

It’s very simple! You just need to register or login than in the dashboard multiple tournaments free and paid are going on. You can just click on the selected tournament according to your choice and start competing.

No, you will not receive the refund in such a case.

Well, the chances of tie is very low but sometimes it happens so in that case the payout is split among the players equally.

No, you need to tap the token you want to move during the gameplay. It’s just a manual option. You have to manually move tokens.

Yes, with the integrated payment gateway system you can easily and securely do the transactions anytime and anywhere.

The bonus or winning amount is send to your wallet. You can withdraw it anytime and also if you don’t want to withdraw you can also use it for tournament registrations. 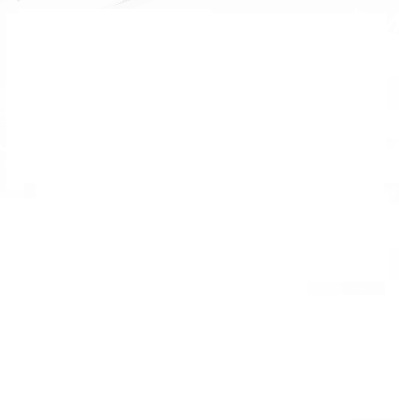 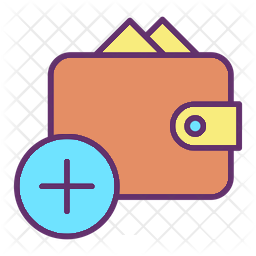